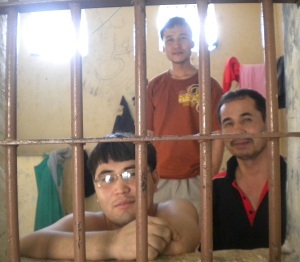 8 September 2016: my multimedia essay, ‘How long must I wait: Indonesia’s warehoused refugees‘, based on a chapter of Homelands, was published today by Griffith Review, a leading literary quarterly, to broaden debates about Australia’s refugee responsibilities beyond Manus Island and Nauru.

This essay is now also archived on this web site here >>

Homelands is a creative post-disciplinary meditation on the “Tampa Crisis”, as manufactured by Australia’s Howard Government to win the 2001 election.

My thesis explores the complexities of the ongoing maritime migration of Afghani refugees and asylum seekers to Australia, and the widespread support in rural Australia for the Government’s punitive efforts to “Stop the Boats”.

My project consists of a book-length narrative non-fiction work plus an exegesis which draws on current research in the fields of narrative theory, cognition, identity formation and human agency. The book follows my engagement with refugee communities in Australia, Pakistan and Southeast Asia, and with farming communities in inland New South Wales. The stories I tell offer fresh understandings of Australia’s relationship with the peoples of Eurasia. These stories have the potential to disrupt mainstream narratives about what it is to be “rural” and “Australian”.

My research was supported by an Australian Postgraduate Award, with generous top-up scholarships from the University of Canberra, by a research fellowship with Universitas Terbuka (Indonesia’s Open University), and (even though I am not a believer), by a small grant way back in 2006  from the Justice and International Commission of the Uniting Church in Australia (Victorian Synod), formerly the 2% Committee for Global Discipleship and Justice, and the UCA’s Hotham Mission Asylum Seeker Support Project.

My fieldwork has taken me not only to refugee communities in Pakistan, but also to Thailand, Malaysia, Indonesia, and to many places in Australia where asylum seekers have been imprisoned and/or resettled since 2000. I have also visited other transit countries, including Turkey and Greece, and destination countries in Western Europe to more fully understand the scale of the ongoing migration of refugees and asylum seekers from Afghanistan and elsewhere and the challenges they face. 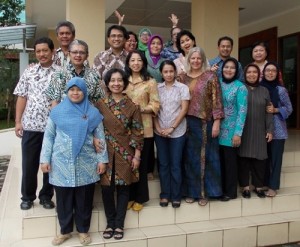 With my colleagues at the Faculty of Political and Social Sciences, Universitas Terbuka, South Tangerang, in the Greater Jakarta Metropolitan Area, 2012.  My thanks to you all  for your support.

A  five month Research Fellowship at Universitas Terbuka enabled me to meet dozens of refugees and asylum seekers transiting Indonesia to get to Australia. I also spent a lot of time in predominantly Anglo-Celtic communities in inland Australia, where misinformed locals still speak of asylum seekers and refugees as “illegals”, and claim they are an existential threat to Australian values and national sovereignty.

Homelands will soon be available for publication.

Read my early reflections on this project from Quetta, in the Pakistan province of Balochistan, way back in 2006, before I began my PhD >>

Also see my Masters of Social Science research project, Redreaming the plains, and a published book chapter, Understanding place through narrative, about the power of narratives to effect social change.

My sojourn in Indonesia
More soon, with thanks to Universitas Terbuka