A new cultural organisation was founded in Forbes last weekend to preserve, promote and build upon the literary legacy left by French-Australian writer, Paul Wenz [see below]

Paul Wenz was honoured in his home country this month as the Mayor of Reims, Jean-Louis Schneiter, officiated at a ceremony ‘dans le Salon Grand Mars de l’Hotel de Ville >>

When the secretary of Forbes Historical Society, Mr Athol Gunn, accompanied by a representative of [the Forbes Advocate], visited Nanima Station, the property of the Estate of the late Paul Wenz, this week, he obtained a number of Australian relics which will be of the greatest value … [see below] 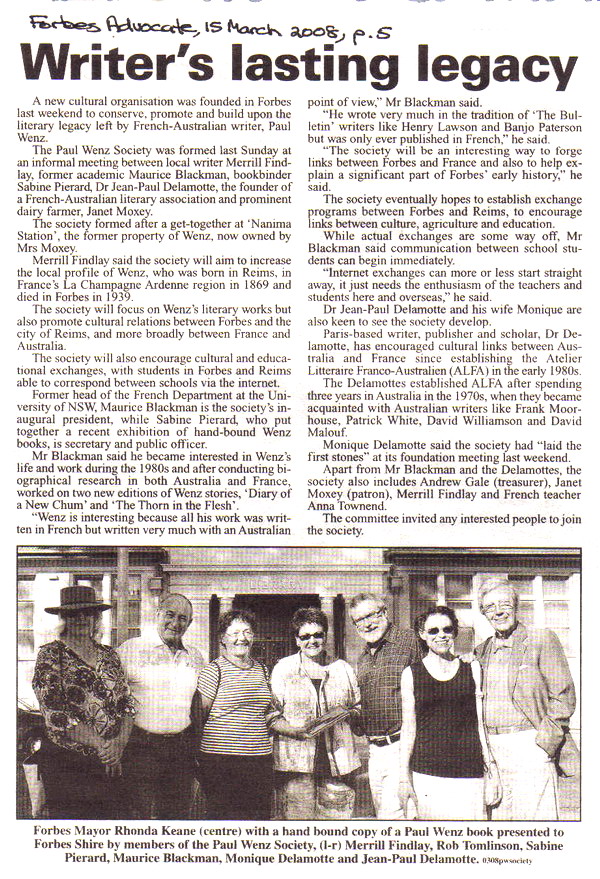 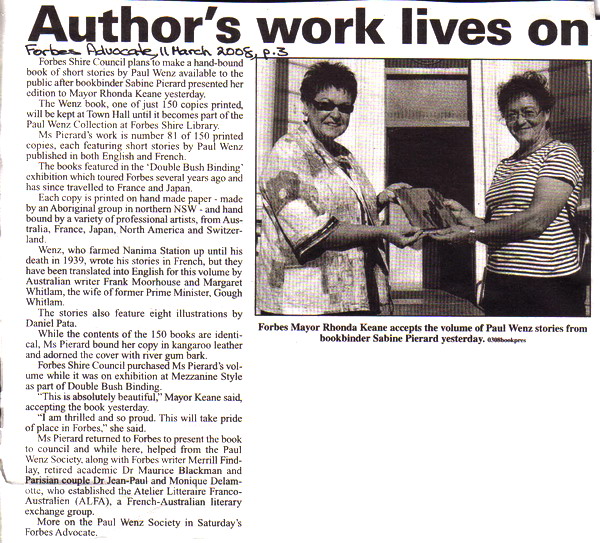 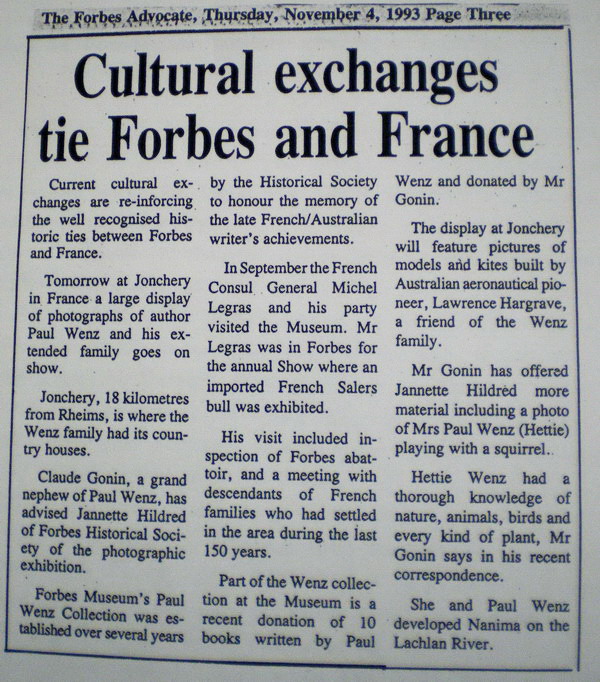 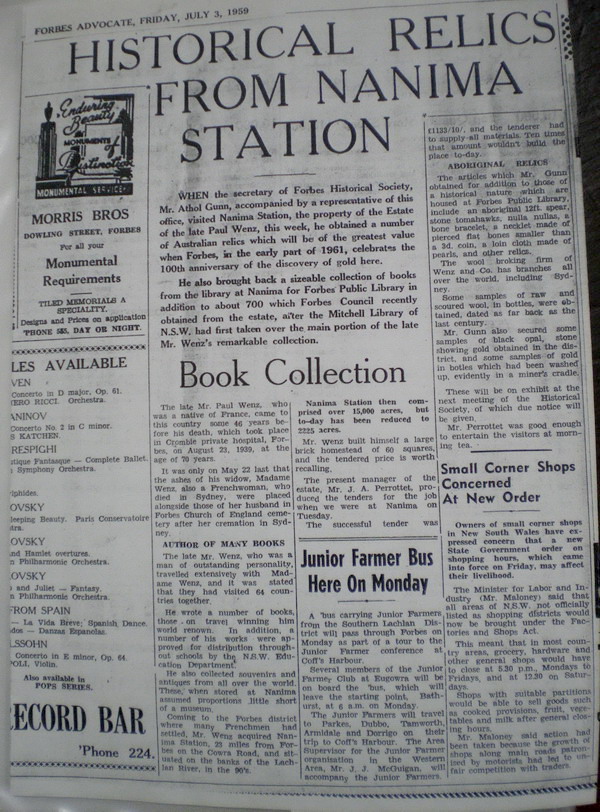