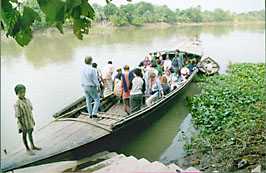 When RMIT’s Vice Chancellor signed  the Talloires Declaration she committed the university to the “long haul” of greening all subjects, across all faculties, so all graduates would be aware of their connections to the natural world and therefore able to participate in their societies as environmentally responsible citizens of the 21st century.

On becoming a signatory to this historic document RMIT joined a community of 270 universities across the planet that were responding to the challenges of human-induced climate change, environmental degradation, loss of biodiversity, and depletion of natural resources caused by unsustainable economic processes.

But, as Vice Chancellor Professor Ruth Dunkin would be the first to admit, signing the Talloires (pronounced Tal-war) Declaration to “green academia” was the easy part! Integrating environmental  literacy, or “education for sustainability”, into every subject offered by the university would be much more difficult — even though RMIT already offers a range of “green” courses, at both undergraduate and postgraduate levels.

In some faculties, such as Constructed Environment, environmental sustainability is already a major research focus, especially in the Centre for Design and in Construction Management. To the Dean of Constructed Environment, Professor Leon van Schaik, the emphasis on environmental sustainability is, first of all, “an ethical consideration”, and he is anxious that all, not just some programs within his domain explicitly address it as a core issue.

“Almost all of our programs are set up on the basis of actually helping society,” Professor van Schaik says, “and in any ethical assessment you have to look at this generation, next generation, however many generations you have to help, and think about what kind of environment they will inhabit. All subjects across the Faculty, such as building and landscape design, social work and planning are intimately involved with the environment in some way, and in all of them we try to inculcate students with an understanding that we have responsibilities to generations to come, as well as some responsibilities to current generations, and generations past.

This “lack” is now being addressed within the Faculty of Constructed Environment with a pilot environmental literacy project coordinated by Dr Ian Thomas, senior lecturer in the Environment and Planning program, within the School of Social Science and Planning.

“If I had talked about a ‘green university’ a few years ago, all people might have thought about was recycling waste products,” Dr Thomas says, “but now we are beginning to understand that everything we do has an environmental impact. Each year there are more and more academics at RMIT getting interested in how environmental matters can be presented in their subjects. The challange for us now is to build on this interest with staff development, clear policy directions, and appropriate resources.”

About one third of landfill in Australia is produced by the construction industry. In this case it is concrete. Photo by Peter Graham, Department of Building and Construction Economics, RMIT University.

The pilot environmental literacy project involves three courses: Building and Construction Economics, Industrial Design, and Social Work. In Building and Construction Economics, in particular, the links between the industry it services and environmental sustainability are very obvious, as lecturer Peter Graham emphasises with some startling statistics.

“The construction and demolition industry contributes approximately one third of Australia’s solid waste stream going to landfill each year, with the construction of each average sized brick veneer house producing about 2.7 tonnes of solid waste,” Peter Graham says. “Forty-four per cent of the timber the industry uses comes from native hardwood forests, and a further 86,000 m3/year comes from the rain forests of SE Asia, although this figures doesn’t include prefabricated products like doors. Buildings are responsible for consuming about 25% of all of our energy resources annually, and the embodied energy in a 150m2 brick veneer house has been estimated to be as much as the energy required to heat the house for nine years!”

Peter Graham’s students are exposed to these statistics in their very first year in a course he teaches called Building Ecology.  “Students look at buildings as they sit in the ecosystem, what are the inputs that come from nature, what are the outputs that go to nature, and what are the impacts of these,” he says. “Then they look at how we can reconstruct and redesign buildings so they work in tune with nature and the non-negotiable rules of ecological sustainability. Students learn basic environmental impact analysis and use their own homes as a case study so they discover the problems themselves rather than being told what the problems are. By the end of the course they have to come up with a design and construction schedule for an ecology sustaining house.”

A number of other subjects Peter Graham and his colleague, architect Geoff Outhred, teach are similarly already very “green”, but other subjects taught within the Program of Building and Construction Economics still do not refer to the industry’s impact on natural systems.

As part of the environmental literacy project, staff were asked to think of ways they could introduce appropriate new content into these courses to address this issue. Guinevere Smithers, who teaches management theory to construction students, was one of the first to rise to the challange of “greening” her subject. For her the solution was simple. She could introduce a couple of environmental case studies into her course, using content and experience based on the Program’s research projects with major construction and development corporations, such as Balderstone Hornibrook, which built the Docklands stadium. And Peter Graham and other staff, who have worked with this company over the last 18 months to improve their on-site recycling program, were delighted to support her by providing appropriate course content. 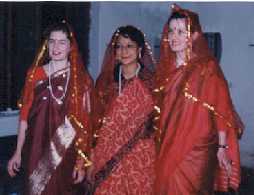 Lecturers within RMIT’s Social Work program were similarly keen to “green” their subjects in response to the environmental literacy project.

“Social work’s major concern has been about social justice and social equality which are central to social sustainability, or the quality of people’s lives,” says course coordinator, Dr June Allan.  “We look at ways of working in communities to support people in maintaining and building the resources they need to lead satisfying lives, and part of a satisfying life is quite obviously the environment people are living in, because it impacts on their health, their safety, their whole sense of community and of being.”

Students who participate in the Social Work program’s annual study tour of Bangladesh, which is offered as an elective community development subject, were confronted with the reality of the close relationship between people’s quality of life and their environment even before they touched down at Dhaka. From the air Bangladesh, one of the poorest countries in the world, appears to be dominated by water, with 24 000 kilometres of rivers, streams and canals, and the world’s largest riverine delta system. Some of the country’s 68 000 villages, most of which are already only accessible by boat, may have to be abandoned in coming years as the impacts of global warming, or the Greenhouse Effect, increase the frequency of natural disasters, such as floods and cyclones and cause sea levels to rise. But where will these millions of villagers go?

“It only takes a tiny change to put most of Bangladesh under water, so it’s a very precarious existence and very much governed by environmental causes,” says June Allan. “In particular, I’m thinking of the number of people I spoke to who are classified as orphans because their fathers have died in cyclones, or floods …” (Children are considered orphans in Bangladesh if they lose their father, because lone female parents generally can’t afford to look after their children so are often forced to place them in orphanages.)

While the relationships between social justice, equity, human rights, and the physical environment are starkly obvious in Bangladesh, these links might not be quite so obvious in other subjects taught within Social Work program. Staff agree, however, that there is significant potential to integrate environmental awareness almost immediately into many existing courses, including Community Development, Indigenous Studies, Organisational Studies, Field Education, and Women’s Services.  “In my lecture on feminisms the other day, for example, I was discussing the theory that it’s men who’ve made decisions about wars and destruction of the environment, and women who’ve worked, alongside other men, to reverse some of those impacts,” says Susie Costello. “So there’s a whole stream of ecofeminism I’m able to talk about in my Women’s Services course, for example.”

Peter Graham argues, however, that fostering environmental literacy is not as simple as injecting ‘green’ content into a subject. He suggests that many lecturers need institutional support to both become environmentally literate themselves, and to integrate new content into their courses . Mainstreaming education for sustainability is an increasingly urgent priority for tertiary institutions if they are to prepare students for the future, especially in professions that directly impact on natural systems, such as architecture, industrial design, building and engineering.

“The reality is that the Prime Minister gave the building industry twelve months to demonstrate progress towards voluntary energy efficiency in his Safeguarding the Future statement in 1997,” says sustainable energy expert, Alan Pearse, from RMIT’s Environment and Planning program. “It is now well over twelve months since then, but the government has at last begun action to introduce mandatory energy performance codes for residential and non-residential buildings. And at State level, the Minister for Major Projects had included sustainability criteria into planning codes; and the new Minister for Energy and Resources, Candy Broad, has announced substantial funding and a wider role for the new Sustainable Energy Authority. This is the reality that graduates of tomorrow will face, and it means they will need to be very environmentally literate to comply to the regulations, and highly skilled in this area to be leaders in their fields.”

This cleaner, greener future offers many exciting career opportunities for students, such as Building and Construction Economics student, Gary Wertheimer. “It’s very important to be a builder to me,” he says, “but I want to be a builder with a wider view of things. Because there’s ethics, there’s social implications to what we do. It’s one thing for a builder here and there to realise ‘my God, this is not the right way to do things’, but we need more than that.  As a society we have to change. We can’t continue like this.”

© This material is subject to copyright and any unauthorised use, copying or mirroring is prohibited